PRESIDENT BUHARI AND HIS CABINET MEMBERS 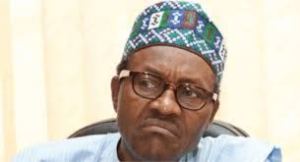 So… Rumor has it that out of the 36 names President Buhari sent in for an “integrity test”, only 3 names passed. Let me repeat that again to emphasize the point. Out of the 36 names that were nominated due to their credibility and supposed “resourcefulness”, only THREE names successfully passed the integrity test. What a shame!

Yet we wonder why President Buhari has not appointed his Ministers. We all know his administration is going to be run with utmost transparency, so who would he appoint when the so called aspiring Ministers with their ridiculous and clearly non-efficient resume cannot even pass a test that proves their adherence to moral, ethical and professional principles. I bet even the outgoing Ministers would all fail the so called integrity test woefully. This just proves once again that the bulk of our leaders do not possess a sound moral character or simply put, are DISHONEST.

Rumor also has it that after word spread that there is an integrity test one must scale with flying colors before being appointed as a cabinet member, majority of pre-established interests have withdrawn their candidacy. This is unbelievable! Are they withdrawing because they do not agree with the selection process? Or are they withdrawing because they know flat out that they would fail and are avoiding embarrassment? Whichever the case may be, it is a clear case that the leaders or aspiring leaders of this country are not quite receptive or in other terms, are unpleased with the ongoing change.

Rumor finally has it that the USA is in possession of SIX BILLION DOLLARS of embezzled funds by a Minister of the past Administration of the Federal Republic of Nigeria which they intend to return to the country’s reserve. SIX BILLION DOLLARS? Some of you might know who this Minister is but for those of you that don’t, here’s a clue, “hyphenated name”.

Let’s be honest, whoever that Minister is, is just an unlucky one of the bunch and therefore has been called and dragged out from the entire flock. This is absolutely why I am totally pro President Buhari for deciding to probe the Jonathan’s administration and therefore recover whatever he can from those wolves.

Well well well.. I cannot wait to see how this administration carries on. This is going to be quite an interesting tenure and OUR will be right here giving you a non-biased, non-conforming opinion as matters unfold.