SHOULD THE GIRLS IMPREGNATED BY BOKO HARAM KEEP THE PREGNANCY?

Sometime ago, we read in the news that over TWO HUNDRED (200) girls were rescued in the Sambisa forest in Borno State and that all of those girls were raped and impregnated by Boko Haram.

The girls narrated their unsettling encounter on how they DO NOT even know who the father of their babies are amongst the lot because the Boko Haram boys took turns in sleeping with them EVERY NIGHT. So it literally could be any one of them.

Such a pitiable dismay that was as most of the girls were still in secondary school and below the age of eighteen. And to have experienced rape at such an extreme level is unfathomable.

I must commend each and every one of them for not even conceiving the unthinkable which would be to end what might be called a miserable life. After suffering such tragedy, who would actually blame them for harboring such thoughts?

Moving forward after their rescue, there was a debate on what should be done about their pregnancy. Over 200 girls were in expectancy for these grisly, antagonizing, and insurgent Boko Haram boys and a lot of individuals, religious and non-religious bodies had an opinion of what should become of the yet to be born “Boko Haram” offspring.

Organizations like United Nations Population Fund (UNFPA) donated delivery kits to the pregnant girls and also offered psychological counseling to them. Even His Holiness, Pope Francis persuaded the Nigerian government not to foster abortion of the numerous and unwanted pregnancies.

As for me, all I would say is that morally and religiously speaking, they HAVE TO keep the pregnancy but I am not going to deny that the other option makes a good argument. Let me visit some of those arguments one after the other.

Firstly, let us all remember that as at the time these girls were abducted, their homes were also raided by the same Boko Haram and most of their families were killed. Basically, now that they are free, they literally have nowhere to go. No husband, no mother, no father and no relative.

So the big question is: Who will cater for these girls before and after their baby is born?

Few weeks ago, I wrote a post about the overlooked causes of VVF in Nigeria where I talked about unskilled birth attendants and lack of antenatal (amongst others) as underlying causes of the dreadful disease. This could be the case for these girls if caution is not taken.

My point is that what necessary arrangements have been made by the Nigerian government in preparation for the arrival of these babies?

ONE OF THE RESCUED GIRLS WITH HER NEWBORN BABY

Keep in mind that these girls are more or less solely dependent on the government at the moment for sustenance as they have no one else to turn to. So if the government is indeed encouraging them to have these babies, there should be adequate provision for these kids which should include the basic necessities (food, water, shelter, clothing, education), and the whole nine yards.

In as much as the government can easily create a body solely for the purpose of catering for these girls and their babies, we must also take into cognizance the indisputable fact that inhabitants of our country Nigeria “prey” on opportunities like this.

Given that the credibility of most Nigerians is questionable, it goes without a doubt that the funds which would be allocated to that “body” will most likely be misappropriated thereby defeating the purpose of sustainability for the girls and their children.

I really hate to say this but unfortunately, THIS IS THE COUNTRY WE LIVE IN!

Fast forward few years from now when the children are a bit grown, let us not forget that Boko Haram might just come to reclaim the fruit of their loins. As dreadful as this may sound, they certainly need to reproduce in order to be able to extend their “Boko Haram” lineage.

And now that these girls successfully bore their children, it is not impossible that they will sometime in the near future return for their offspring so as to instill in them the evil act they currently deploy.

I CANNOT STRESS ENOUGH THE HAVOC THAT SITUATION COULD BREED IF IT EVER TRULY HAPPENS! 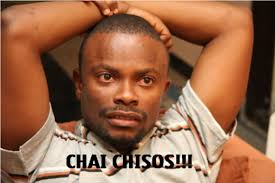 Let’s not also forget that these kids (especially the boys) could grow up in search of their father. You know what they say about “blood being thicker than water”. So regardless of education and all of the fundamental knowledge in order to prevent them from going astray, sometimes, the son of a thief is also a thief.

It really is unfortunate what these girls had to endure at such tender age but then again, looking at the bright side, children are a blessing so I hope and pray that in one way or the other, these children put a smile on the face of their mother and the society at large.

What is your take on the girls having babies for Boko Haram?