THE PEOPLE VS IBINABO FIBERESIMA VS LEKKI GARDENS

Majority of us must have heard about the tragedy that befell Ibinabo Fiberesima (Nollywood Actress) and Richard Nyong (MD of Lekki Gardens).

For those of us who haven’t heard, here’s a recap.

Ibinabo Fiberesima is a veteran Nollywood actress who has been acting for as long as I can remember. She also happens to be the President of the Actors Guild of Nigeria (AGN).

Ten years ago on the 26th of February 2006, Ibinabo was said to have been driving along Lekki-Epe expressway when her car veered dangerously off the road and headed in the direction of a certain Dr. Giwa Suraj thereby killing him instantly. 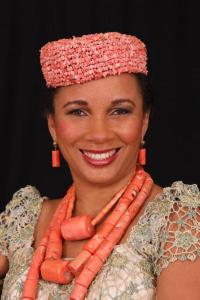 Following the incident, a Lagos magistrate court sentenced Ibinabo to five years imprisonment with an option of N100,000 fine which she of course paid without hesitation. This got the prosecution furious and led to the appeal of the case in a High Court which ruled that Ibinabo be sent to prison for five years without an option of fine.

Ibinabo subsequently appealed the judgement in a Supreme Court which on the 11th of March 2016 upheld the ruling of the High Court that Ibinabo Fiberesima be sent to FIVE YEARS imprisonment WITHOUT the option of fine.

So in layman terms, Ibinabo IS DEFINITELY GOING TO PRISON!

Now for the second tragedy survivor, Mr Richard Nyong who is a Real Estate mogul and also the MD of the famous Lekki Gardens. Lekki Gardens is a private company that focuses on various special investment rewards project that aims at making everyone and anyone a landlord.

Basically, they erect different structures and make them affordable for lay man by accepting a reasonable down payment then receiving the rest monthly in form of a mortgage while you get to reside in the property until your final payment is completed.

Isn’t that a dream come true for every Nigerian?

Well it was until one of their buildings collapsed recently killing 32 people. It is said that the management of Lekki Gardens went behind the building regulators to add two additional floors after getting approval for only three storeys which is precisely what caused the collapse of the five-storey building.

Following the tragic event, an Ebute-Metta Chief Magistrate Court also on Friday the 11th of March 2016, granted the request of the Lagos State Police Command seeking to keep the MD of Lekki Gardens, Richard Nyong in custody pending the conclusion of on-going investigation into the building collapse.

In other words, the MD of Lekki Gardens is currently in custody and facing a lot of charges and possible jail time.

As the topic of this post says, it is THE PEOPLE VS IBINABO FIBERESIMA VS LEKKI GARDENS and this is why I put it that way.

Both parties are suffering for a culpable action which could have been avoided had they chosen to act differently.

Yet for some unknown reason, the “people” are urging the government to temper justice with mercy for Nyong’s case while the same “people” are supporting the judge’s ruling against Ibinabo claiming she deserves even more jail time.

Isn’t that a bit unfair?

As far as I am concerned, Nyong’s case is a more serious case and probably wouldn’t be the last we would hear of it as there is a possibility that he overruled several regulations for most of his buildings (if not all) and the chances of a re-occurrence is not far fetched.

At what point does he think it is okay to go ahead and erect a five-storey on a building that the government regulated a three-storey? Isn’t that a bad enough crime already? Then several people died as a result of his negligence and blatant disregard?

In my opinion, Nyong made a conscious decision to erect those extra two-storeys whilst fully aware of the consequence as a Real Estate professional and for that reason, he should face the maximum sentence possible for intentionally putting the livelihood of others in jeopardy. 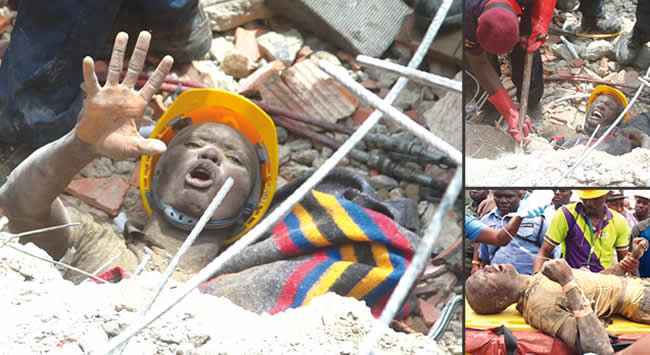 SOME OF THE SURVIVORS FROM THE BUILDING COLLAPSE

Nyong DOES NOT deserve the pity of Nigerians at least until the Lagos government has completed the integrity and stability test on all of the other buildings constructed by Lekki Gardens and Nyong and his team pass that test with flying colors. Then, we can begin to think along the lines of tempering justice with mercy.

But if even one of the other buildings fail the test then all of the clients and owners of any of the Lekki Gardens property need to sue the organization for the endangerment of their lives.

Now Ibinabo on the other hand whom Nigerians support her sentence in my opinion has the more lenient case.

First of all, it was an “accident”. No one intentionally drives their car to the other side of the road aiming at a particular person just to kill them. IT WAS AN ACCIDENT!

Secondly, it happened TEN YEARS AGO. Couldn’t she have become a different/better person since then? A lot can happen in ten years and if Ibinabo has not been involved with any other form of driving accident (fatal or non-fatal) or recklessness of any sort then I really think they ought to cut her some slack.

Sending her to jail for five years would not bring back the deceased. As a matter of fact, it wouldn’t even console the widow or help her solve any of her problems as were stated by the prosecution.

The prosecution’s appeal for a longer sentence cited that the deceased was the sole provider for his wife, mother and three children and his sudden loss has left them somewhat hopeless financially.

Rather than impose jail time on Ibinabo, why not give her an outrageous fine that would be payable to the wife of the deceased as a form of compensation. That way she could use the money to pay for her children’s tuition and what have you.

That in my opinion is a better sentence than jail time.

Afterall, five years is only two and a half with good behavior so Ibinabo would be out in just two years and of course would definitely continue her career and stay in the limelight. As a matter of fact, if she has a good publicist, by the time she is out of jail, she would become twice as popular as she is now with interviews and tell all about her experience in jail. Kind of like Teresa Giudice in Real Housewives of New Jersey.

And if that happens, it will literally drive the widow and her family crazy seeing Ibinabo all over the TV, newspapers and social media still going about her life and probably making money over their misfortune.

So, for the sake of the children, to save them from the humiliation of seeing someone who supposedly killed their father gallivanting across the country whilst basking in the fame brought about by the jail time she supposedly served for killing their father. Let the prosecution settle for an outrageous settlement payable to the widow and not the court.

I believe that would hurt Ibinabo more and is a fair sentence for her crime. The word is INVOLUNTARY MANSLAUGHTER and not MURDER.

Do you agree that Nigerians are being unfair with their reaction to the Ibinabo and Lekki Gardens case?